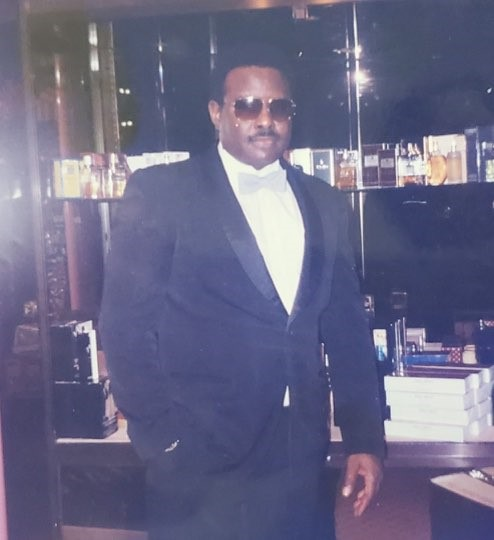 Please share a memory of Elvin to include in a keepsake book for family and friends.
View Tribute Book
Elvin Theodore Hobbs was born April 18, 1949, in Atlanta GA. He was the son of Charles Hobbs and Eleanor Wright Hobbs. He received his formal education in the Dougherty County School system, beginning at Coachman Park Elementary School in Albany GA., after his family relocated to Albany where he excelled academically while developing skills as a gifted and talented pianist. He received his high school education graduating at the top of his class from William M. Raines High School. After graduation, in an effort to expand his experiences and knowledge of the world, he enlisted in the United States Army, and served his country stateside as well as abroad, specifically Germany. After his tour of duty he returned home to Jacksonville where his expertise as a musician yielded him the reputation of being top notch. One special blessing he would always love and cherish, was the birth of his daughter Janella (aka Tamara) who was the focal point of his life, and she his. When his health declined she was right there by his side caring for him along with her mother Faye through all phases of his health struggles. Janella was such a blessing in his life, he could not have received a greater blessing than his wonderful daughter. He will be missed by all who knew and loved him dearly. In addition to his parents, he was predeceased by two siblings Janice Hobbs, and Charles Allen Hobbs. Fond memories will forever be cherished by his daughter Janella Israel, his companion Janella's mother Faye Israel and her son Q. Israel, brothers Russell V. Hobbs (Gwendolyn), Jacksonville Staff Sgt (ret) Belton Lee Lockett (Anita) Hinesville GA, sisters, Gail Burden, Jacksonville Fl , Anne E. Bailey, Jacksonville Fl, Sharon M. Jackson, Atlanta GA, and a host of nieces, nephews, cousins, and friends. A private family service will be held to honor and celebrate Elvin. The service will have limited seating in the chapel, due to COVID-19. Please wear a mask to attend.
To send flowers to the family or plant a tree in memory of Elvin Hobbs, please visit Tribute Store
Friday
23
July

Look inside to read what others have shared
Family and friends are coming together online to create a special keepsake. Every memory left on the online obituary will be automatically included in this book.
View Tribute Book
Share Your Memory of
Elvin
Upload Your Memory View All Memories
Be the first to upload a memory!
Share A Memory
Send Flowers
Plant a Tree