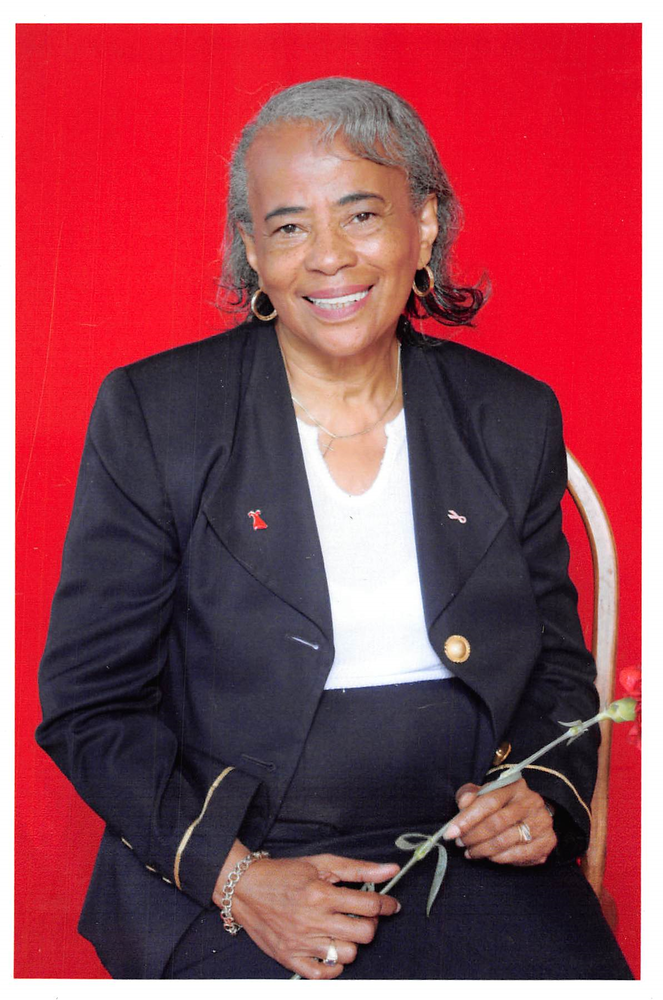 Please share a memory of Lorraine to include in a keepsake book for family and friends.
View Tribute Book
Lorraine Wilcox Jenkins-ROBINSON was born February 13,1932 in Philadelphia Pennsylvania to John Lace Wilcox and Millie Wilcox. She was the seventh child of eleven children. The family later moved to 168th street and Boston Post Road in the Bronx New York. She graduated from Morris High school 1950 and later attended Hostos and the Borough of Manhattan Community college where she received her degree as a Registered Nurse in 1978. She spent 20 plus years as a nursing supervisor at Greater Harlem Nursing home. It was her passion to take care of others and a joy to provide comfort in their time of need. She also worked diligently with Daytop Rehabilitation center where she worked with substance abuse patients and provided support to inner city youth. She was often looked up to as a mother/grandmother figure to many. Lorraine was the first black woman to be employed by the Federal Reserve Bank of New York. She also worked at Zoe Modeling Agency where she worked with super models Renaldo White and Patricia Cleveland. Lorraine was baptized at Victory Baptist Church in the Bronx. She was an active member of Trinity Baptist Church where she participated in the choir, nursing and sign language ministries. She often visited the family church, Faith Memorial Baptist Church in the Bronx. Lorraine entered into holy matrimony with William Penn Jenkins in 1956. To this union three beautiful children were born: Cheryl Denise, William Penn III and James Malcom Jenkins. Lorraine later married Harry ROBINSON in 1991.Upon moving to Jacksonville, Lorraine joined First Timothy Baptist Church under the leadership of Pastor Fred Newbill. She immediately became a part of her new community and was involved in many church activities. She volunteered at Biscayne Elementary, was affiliated with the nursing, aids, breast cancer committees and church choir. She later moved her membership to Bethel Institutional Baptist Church under Rev. Rudolph McKissick Sr. She was a part of the sign language team and worked diligently in that capacity. She was moved by the spirit of God and was led to join Macedonia Baptist Church under pastor Landon Williams. Christian fellowship at Macedonia was very warm. Her acquaintances with Dea Norman who she affectionally called "Harmon" was special. She loved her Sunday school class and looked forward to going to Macedonia every Sunday. Lorraine was affectionately known as Abbey by her grandchildren. She was instrumental in inspiring and developing a strong educational and spiritual foundation for her children and grandchildren. Lorraine was preceded in death by her parents, 4 brothers and 5 sisters, a son, William Penn III and spouse. She leaves to cherish her memories: a daughter, Cheryl (Anthony)Jenkins-Reid, a son, James (Jill) Jenkins, grand-daughters, Whitney Ransom, Capri Reid, Sydney Jenkins and Jeanette Morris. Goddaughter, Natasha Middleton. One sister, Delores Blake (Lots). A host of nieces, nephews and cousins and many friends.
To send flowers to the family or plant a tree in memory of Lorraine Robinson, please visit Tribute Store
Monday
29
April

Look inside to read what others have shared
Family and friends are coming together online to create a special keepsake. Every memory left on the online obituary will be automatically included in this book.
View Tribute Book
Share Your Memory of
Lorraine
Upload Your Memory View All Memories
Be the first to upload a memory!
Share A Memory
Send Flowers
Plant a Tree