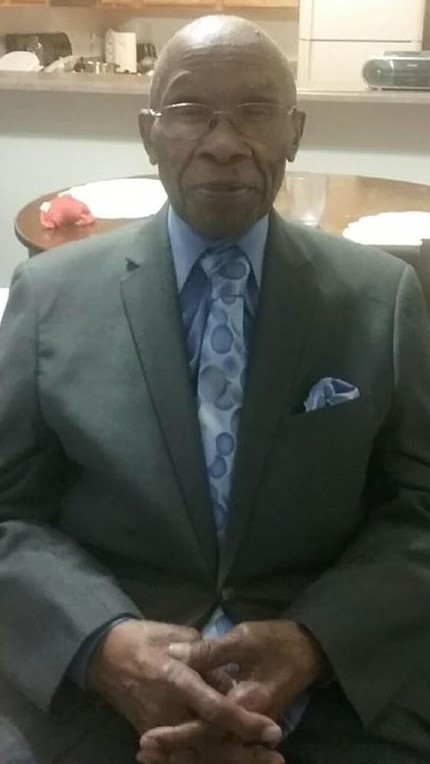 Please share a memory of George to include in a keepsake book for family and friends.
View Tribute Book
George William Chapman was born on September 13, 1928 in St. Louis, Missouri. He was the eighth child of George and Martha Chapman. He received all of his formal education in the St. Louis Public School System. George was drafted into the United States Army and fought honorably in the Korean War. He also had tours of duty in Okinawa, one of the Japanese Islands. After he was discharged from the Army, George married his wife, Helen Blackwell on January16, 1953. They had six children: Lewis Blackwell (deceased, spouse: Gloria); Frances Roe (spouse: Wilbur); George W. Chapman, Jr.; Michael Chapman (spouse: Bernadine); Dawna Chapman; and Teresa Bardu (spouse: Seth). George and Helen have 14 grandchildren and 25 great grandchildren. George had a strong work ethic. After working at United Technology for 37 years as a forklift operator, he was self-employed well into his eighties. George was a faithful member of the Berean S. D. A. Church for more than 50 years. During those years, he served as a church elder, Sabbath School teacher, and Community Service Volunteer. George leaves behind to mourn his loving wife, his children: George, Michael, Frances, Dawna, Teresa and scores of immediate and extended family. His loving ministry to others and his out-going personality will be sincerely missed.
To send flowers to the family or plant a tree in memory of George Chapman Jr, please visit Tribute Store
Monday
16
December

Look inside to read what others have shared
Family and friends are coming together online to create a special keepsake. Every memory left on the online obituary will be automatically included in this book.
View Tribute Book
Share Your Memory of
George
Upload Your Memory View All Memories
Be the first to upload a memory!
Share A Memory
Send Flowers
Plant a Tree